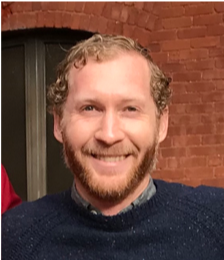 Michael’s role as Campus Minister for RUF at Georgia Tech is to work as a pastor on campus. He preaches weekly at their Tuesday night large group, writes small group studies, trains small group leaders to lead 6 weekly small groups, meet bimonthly with the student leadership team, meets with students daily on campus, and oversees and pastors our two interns. Michael especially enjoys getting to pastor student leaders as he helps them grow in the faith using the gifts God has given them to serve His people and His world.


A little bit personal:  Michael grew up in Texas and attended Belhaven University in Jackson MS studying Business Administration. During his years at Belhaven, he became involved in RUF and served as a Resident Assistant in campus housing. After graduation in 2007, he served for 8 months as pastoral intern at Lagniappe Presbyterian on the Mississippi Gulf Coast. In 2008, he served as an RUF intern at the University of Tennessee until 2010, when he started his Master of Divinity/Theology studies at Covenant Theological Seminary, St. Louis, MO. After graduating in 2013, he moved to Atlanta as RUF’s campus minister at Georgia Tech. Michael enjoys gardening, cooking, reading, writing, and running.  “Gilead” by Marilyn Robinson and “Jayber Crow” by Wendell Berry are two of his favorite books.